This roundtable at the Dallas/Houston Virtual Forum is designed exclusively for CISOs and senior level information security executives to learn and share insights in a confidential setting.

The curriculum will incorporate a blend of strategic content, workbook exercises, and peer discussion to help with long-term success as a leader. Session themes for the day include:

This event has ended.

Check out our other upcoming events!

*Receive 1 CPE credit for every hour of attendance at our events. 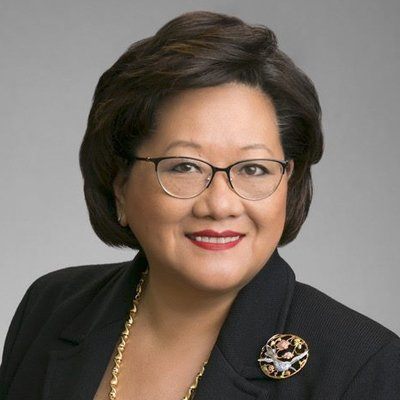 Anna C. Catalano manages an active board portfolio, serving as an independent director for public and private corporations and not-for-profit organizations. She is currently a member of the Board of Directors of Willis Towers Watson (NASDAQ: WTW), Kraton Corporation(NYSE: KRA), HollyFrontier Corporation (NYSE: HFC), Frontdoor (NASDAQ: FTDR), and Appvion (private). As one dedicated to excellence in board governance, Ms. Catalanois a Director of the National Association of Corporate Directors (NACD) Corporate Directors Institute, and President of the NACD Texas TriCities Chapter. She is Co-Founder of The World Innovation Network and has significant experience in the not-for-profit sector having served as a board member of the Alzheimer’s Association and the Houston Grand Opera.

With over 30 years of corporate experienceincluding eighteen years of service on public boards, Ms. Catalano is an expert on the topics of board governance and leadership, and an outspoken champion of women in business. Her extensive career spanned three continents in marketing, retail operations, and international business development at Amoco, and subsequently, BP plc.

Ms. Catalanois a graduate of theUniversity of Illinois, Champaign-Urbana, and has been recognized on Fortune’s ranking of “The Most Powerful Women in International Business”, Directors and Boards “Directors to Watch”, and Wome n Inc “Most Influential Board Directors”. She is a frequent speaker on a variety of topics including board governance, leadership, innovation, and the advancement of women in business. Her thoughts onvarious aspects of leadership can be found on her blog, www.shades-of-leadership.com. 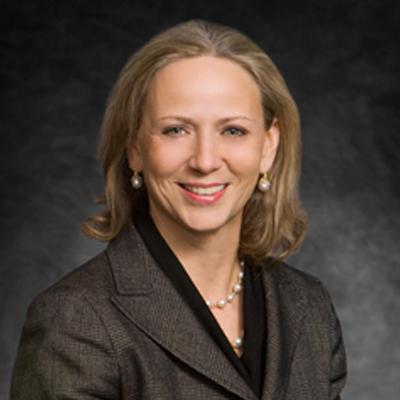 Ms. Duganier is a former director of three previously publicly-traded companies that were sold during her board tenures; HCC Insurance Holdings (NYSE: HCC), an international specialty insurance group sold to Tokio Marine Holdings; Buckeye Partners (NYSE: BPL), an operator of a diversified network of integrated assets providing midstream energy logistics solutions sold to IFM Global Infrastructure Fund, and Noble Energy (NASDAQ: NBL), an independent oil and gas exploration and production company sold to Chevron Corporation. Ms. Duganier previously chaired the Audit Committee of Buckeye Partners and sat on the Compensation Committee; she was a member of the Enterprise Risk Oversight Committee and Compensation Committee for HCC, and she was a member of the Audit Committee and Nominating and Governance Committee for Noble Energy. She is a National Association of Corporate Directors (NACD) Leadership Fellow and received the CERT Certificate in Cybersecurity Oversight, issued by Carnegie Mellon University. She is a licensed Certified Public Accountant.

Barbara’s most recent corporate experience was with Accenture. Between 2004 and 2013, she was a senior leader with Accenture’s Outsourcing business, which accounted for ~50% of corporate revenues, and of the Resources Operating Group serving energy and natural resources companies. Her executive roles included Chief Strategy Officer and Global Growth and Offering Development Lead, amongst others. Her most tenured corporate experience was with Arthur Andersen, where for 23 years Barbara served in C-suite and increasingly responsible business leadership roles. She was in audit for a decade and financial consulting for over a decade. Barbara served as Andersen’s Global CFO during the challenging last two years of the company’s history. She was chosen Global CFO after being one of eight finalists in an intensive Global CEO selection process. Prior, she was Partner-in-Charge (P&L) of the Southwest Region Business Consulting Practice and earlier still, was Partner-in-Charge of the US Strategy, Finance and Economic Consulting Business.

Barbara completed IMD’s Leadership Program in 2008, received her CPA in Texas in 1981 and earned her BBA in Accounting in 1979 from John Carroll University, where she serves on the Board of Directors. She is the Chairman of the Board of Directors of NACD Texas TriCities, having served previously as its President. Barbara is a frequent lecturer and panelist on leadership and governance topics and is a 2020 NACD Directorship 100 Honoree.

With CISOs increasingly coming under board scrutiny, many leaders are striving to figure out what the board wants from CISOs and how board members perceive individuals in the role. Get a look behind the curtain in this conversation with Anna Catalano and Barbara Duganier, both of whom serve on boards and work with the National Association of Corporate Directors. They’ll discuss:

This session will be informal and conversational. Questions and dialog will be encouraged.

Rear Admiral Becker is a former Naval Intelligence Officer and senior executive with a unique combination of military, business, cyber security, education and leadership experience. He’s served around the world, afloat and ashore, in peace, crisis and combat. As the CEO of “The Becker T3 Group,” he has a passion for contributing to clients’ organizational development and personal leadership growth by translating military characteristics of “Teamwork, Tone, Tenacity™” into corporate pillars of “Performance, Productivity and Profit.” Paul is a leadership instructor at the U.S. Naval Academy and previously served as a Professor of Practice at the University of Virginia’s Batten School for Leadership and Public Policy. He maintains a Top Secret/Sensitive Compartmented Information clearance

Military service includes; Director of Intelligence (J2) for the Joint Chiefs of Staff where he was the principal intelligence and cyber security advisor to the Chairman, the U.S. Pacific Command in Hawaii, the International Security Assistance Force Joint Command in Afghanistan, Commanding Officer of the Department of Defense’s largest Joint Intelligence Operations Center at U.S. Central Command in Tampa, Intelligence Officer (N2) for the U.S. Naval Forces Middle East in Bahrain and an Assistant Naval Attaché to France.

Paul holds a Masters in Public Administration from Harvard's Kennedy School of Government and a Bachelors of Science from the U.S. Naval Academy. He’s successfully managed multi-million dollar budgets, led large, diverse teams through critical startups, organizational restructuring, and fast track growth. He is Senior Fellow with the Center for Naval Analysis (CNA) and serves on several Boards, including President of the Naval Academy’s Friends of the Jewish Chapel. A dynamic public speaker and author, his articles and presentations have been widely published.

From Good to Great: Attributes that Make the Best Leaders Stand Out

What makes the best leaders stand out? In his more than 30 years of service in the U.S. Navy, retired Rear Admiral Paul Becker studied the leaders around him to understand the difference between the good leaders and the ones who are truly great. In this session, he’ll pull from that experience to:

George is Chief Security Officer at Sumo Logic, a secure, cloud-native, machine data analytics service provider. George has extensive experience in board and executive communications serving as a Board Member for ANTIVIUM, Inc., a cloud monitoring and analytic startup, and VENZA, a data protection company. Likewise, George is an Adjunct Faculty member at University of Denver and Cloud Academy, in addition to a Participant in the US Technical Advisory Group: Privacy by Design, which aims to define an international standard for consumer protection as part of ISO Project Committee 317.

Safeguarding Against Supply Chain Attacks in the Cloud

The emergence of attacks using the software supply chain as an entry point has had devastating results. However, initial attacks have focused on on-premise software. As the threat evolves and attackers shift their focus to the cloud, businesses must be ready to adapt. In this discussion, IANS Faculty member George Gerchow will provide a strategic look at the risk of supply chain attacks against cloud services and follow it up with a tactical look at how to mitigate that risk. He’ll cover:

Throughout the roundtable, three vendors will provide short case studies showcasing how they believe their solutions can deliver value. The feedback session is a discussion of those case studies and solutions without the vendor present. It’s an opportunity to get inside intelligence on vendors you may be considering for your environment.

Renee Arrington offers clients over 20 years’ experience in retained executive search. She excels in recruiting senior executive talent for Fortune 500 companies, private-equity-backed businesses and not-for-profit organizations. She is a member of the Pearson Partners board of directors and leads the firm’s Fort Worth office and CIO and IT leadership practice with clients in technology, retail, financial services, business services, distribution and R&D. Renee conducts searches for board members, presidents and executive directors among other senior leadership positions.

Renee was named one of the top 40 Gatekeepers to the C-Suite by Hunt Scanlon Media, a search industry analyst. She is an active member of IIC Partners and the Association for Executive Search Consultants (AESC).

Renee approaches each search consultatively. She understands her clients’ cultures and the types of leaders best suited to their business life cycles and challenges. She is attentive to diversity and believes a well-run search can deliver market insight. Renee appreciates the value of using assessment instruments as part of the search. 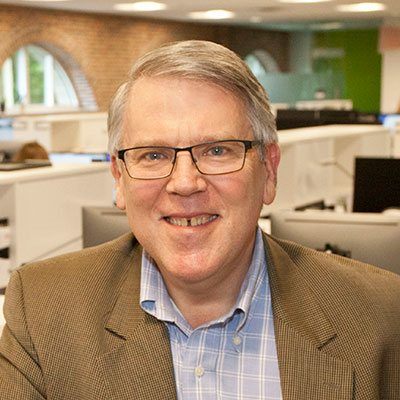 IANS is developing a CISO Competency Framework tracking the skills and competencies CISOs need to succeed as they mature in the role, both today and over the next 36 months. During this session, IANS Faculty member Nick Mankovich and Pearson Partners International's Renee Arrington will discuss:

The session will conclude with an open question and answer time with Mankovich and Arrington. 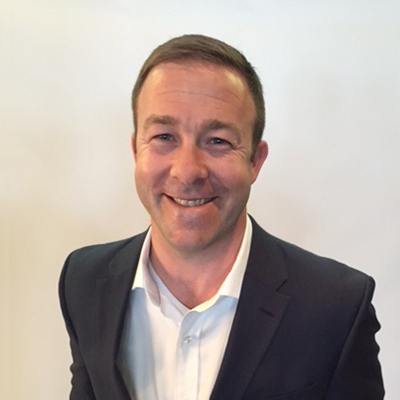 Brandon leads the West Sales Division of IANS out of the Santa Monica, CA office where he is responsible for both new business and client growth. He came to IANS after 10 years as a Senior Account Executive and Sales Manager at ServiceCEO, a leading comprehensive field service management software company.

Registrants will receive a logistics email with web conference meeting information one day prior to the event.

Check out IANS other upcoming events