Penetration Testing with Our Faculty

Penetration testing is only as good as the tester. Inexperienced consultants using standard tools provide little value when defending against sophisticated adversaries. You need testers as skilled as your attackers. IANS’ Penetration Tests are all led by leaders — and with many experts to choose from, each with their own tactics and techniques, you can regularly rotate pen testers without the inconvenience of switching providers.
Connect With Us

IANS Penetration Tests Are Customized for Your Environment

No two companies’ needs are alike, so our Faculty will discuss your objectives as a first step, ensuring that we tailor each engagement to meet the needs, concerns, and environment of your organization. We can identify vulnerabilities and provide information on the risk and impact across:

We test according to industry standards such as PCI-DSS, OWASP, ISO27001, NIST, and others. Our approach is tailored to client needs, including:

We request no reconnaissance information from the client and approach the test as would a malicious attacker.

Reconnaissance information is provided by the client, saving time and associated costs.

History, purpose and overview of engagement — suitable for non-technical and executive audiences to understand scope and outcome of project.

The technical reasons for the testing as well as the methodology used.

All vulnerabilities identified by root cause, sorted by severity, potential threats, likelihood of attack, and business impact. Findings are delivered in PDF and CSV formats to simplify integration with your tracking tools.

Come check in to receive your program and CPEs while enjoying a complimentary continental breakfast.

Testers will map the target’s network architecture and systems/software, including open ports and system responses to identify potential targets.

IANS will use the information gathered during the mapping phase to focus our staff and, using commercial, open source, and custom tools and scripts, discover vulnerabilities to exploit the systems.

IANS will attack systems and applications to prove that exploitation is possible and gain access to the targeted data and assets. If in scope, we will develop social engineering and phishing exercises to test employee security awareness. Any critical findings are communicated to clients immediately.

Technical details are provided on root causes of vulnerabilities, recommended remediation actions based on severity and business impact, and (when appropriate) compensating controls.

Included is an Executive Summary with technical details related to the findings, delivered via a final teleconference/meeting with key stakeholders and/or client technical teams.

This group of over 60 hands-on practitioners understands the key issues you face and delivers actionable recommendations, research, and step-by-step guidance on achieving fast and successful results. 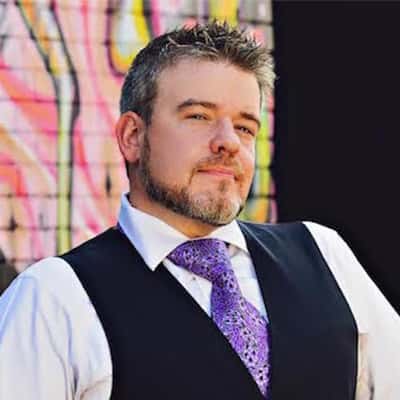 Chris is the Co-Founder and CEO of LARES Consulting, an information security consulting firm that leverages a blend of assessment, testing, and coaching. He also serves on the Board of Directors at CREST, an international not-for-profit accreditation and certification body that represents and supports the technical information security market.

In his free time, Chris can be found out on the ski slopes or playing with his dogs. 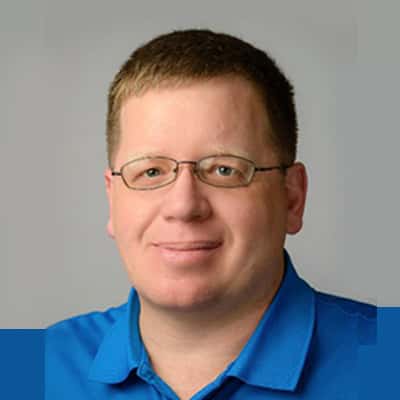 Jake is the Founder, President, and Principal Analyst of Rendition Infosec, an information security consultancy. He also sits on the Vulnerability Review Board at Peerlyst, a startup social networking platform exclusively for security professionals. Jake is a prolific speaker and instructor on a variety of information security topics such as reverse engineering malware, memory forensics, threat intelligence, and advanced exploit development. 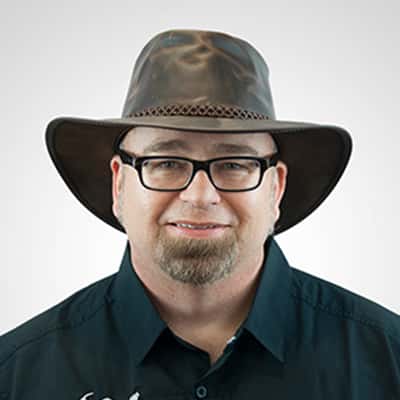 Joff is a Security Analyst and Penetration Testerat Black Hills Information Security (BHIS). He has extensive experience covering intrusion prevention/detection systems, infrastructure defense, vulnerability analysis, defense bypass, source code analysis, and exploit research. He is also an Instructor at the SANS Institute where he primarily teaches the use of Python for information security purposes.

When Joff isn’t working or co-hosting the Security Weekly podcast, he enjoys making music and woodworking. 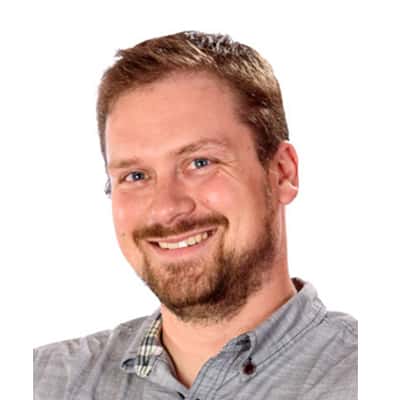 John is the Owner of Black Hills Information Security (BHIS) where he leads the Hunt Teaming, Command & Control (C2)/Data Exfiltration and Pivot testing development. He is also a SANS Institute Senior Instructor. In these roles, John has both consulted and taught hundreds of organizations in the areas of security, regulatory compliance, and penetration testing.

In his free time, John enjoys mountain biking, AT Skinning (or Ski Touring) and ranching. 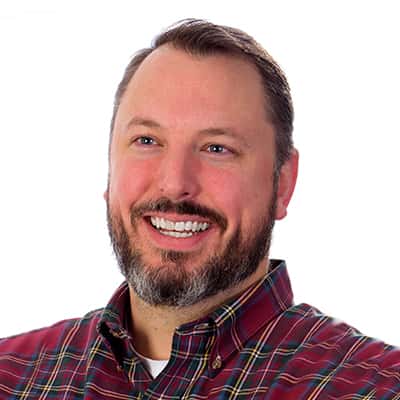 Tim is A Principal Consultant and Founder at Red Siege, an information security company focused on adversary emulation and penetration testing. He also serves as the MSISE Program Director, Course Author, and Principal Instructor at the SANS Institute.

In his free time, Tim enjoys traveling and watching football. 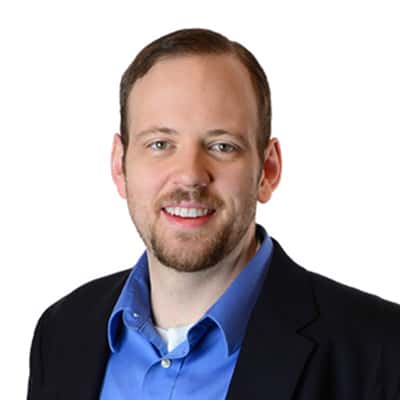 Dave is the Founder and Owner of TrustedSec, an information security consulting firm, and Binary Defense, a Managed Security Service Provider (MSSP) that detects attackers early to prevent large-scale invasions. In addition to creating several widely popular open-source tools, including 'The Social-Engineer Toolkit' (SET), PenTesters Framework (PTF), and Artillery. David has also released security advisories, including zero-days, with a focus on security research.

Prior to his work in the private sector, Dave served in the United States Marine Corps (USMC), focusing on cyber warfare and forensics analysis activities, including two tours to Iraq. He also served on the board of directors for (ISC)2, which is one of the largest security collectives and offers certifications such as the CISSP. 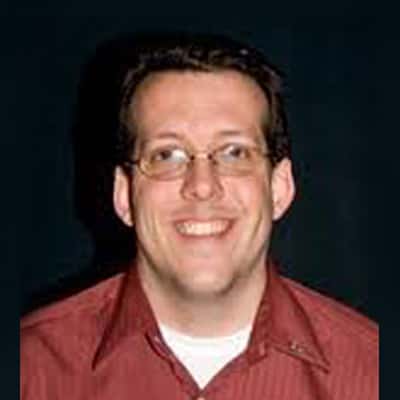 Kevin is the Founder, CEO, and Principal Security Consultant of Secure Ideas, an information security consulting company that focuses on penetration testing services and training. He is also a founder and contributor of many open source projects including the Samurai Web Testing Framework (SamuraiWTF), a web penetration testing and training environment, and the Basic Analysis and Security Engine (BASE) project, a web front-end for Snort Analysis

Kevin enjoys spending time with his family and is an avid Star Wars fan and member of the 501st Legion, a Star Wars charity group. 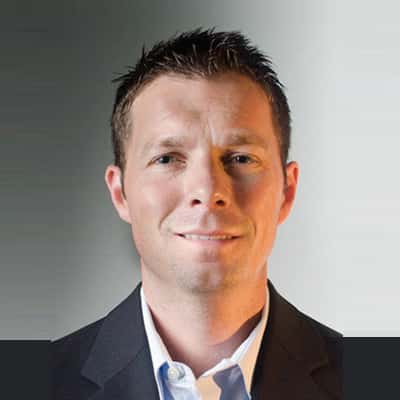 Bill is a Shareholder at LBMC Information Security,where he is responsible for security assessments, incident response, digital forensics, electronic discovery and overall litigation support. He also serves as an expert witness in federal courts and numerous state courts and has conducted digital forensic investigations and electronic discovery services to support litigation efforts. He is also an active member of the International Society for Forensic Computer Examiners and Board Member in East Tennessee’s InfraGard Chapter.

In his free time, Bill enjoys boating, UT Football, and hanging out with his two sons. 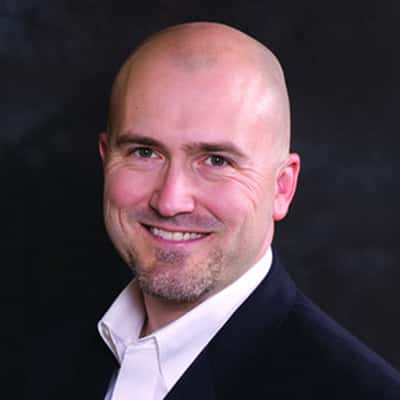 Kevin is the Founder and Principle Consultant of Atlanta-based Principle Logic, LLC, an independent information security company that focuses on vulnerability and penetration testing, security operations reviews, and virtual CISO services. He also serves on the Industry Advisory Board for Computer Engineering at Kennesaw State University – Southern Polytechnic College of Engineering and Engineering Technology. Kevin has served in many information technology and security roles for healthcare, e-commerce, finance, education, and consulting organizations. Kevin is also a prominent writer having written over 1,000 articles on information security. 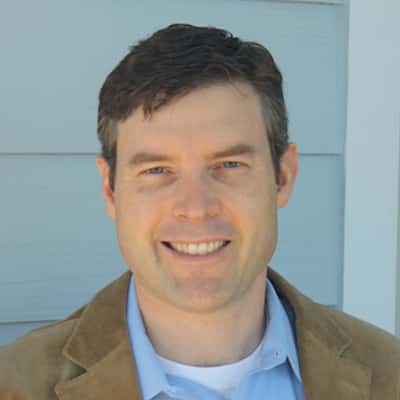 Jason is a Principal Security Consultant and CIO at Secure Ideas, a boutique information security consultancy that focuses on penetration testing and training, where he leverages his software design, architecture, and security testing experience. He is also the author of many extensions for Burp Suite and is a contributor to several other projects including SamuraiWTF, MobiSec, and Laudanum.

In his free time, Jason enjoys running, homebrewing, and spending time with his wife and two kids.

Dave is the Founder and Principal Consultant with Voodoo Security, an information security consulting firm with broad expertise. He is also a Senior Instructor, Analyst, and Course Author for the SANS Institute and a VMware vExpert with extensive experience designing and configuring secure virtualized infrastructures. In addition, Dave has served as Co-Chair of the Cloud Security Alliance (CSA) Top Threats Working Group and founded the CSA Atlanta Chapter. Dave has consulted with hundreds of organizations in the areas of security, regulatory compliance, network architecture, and engineering. He has also worked as a security architect, analyst, and manager for several Fortune 500 companies.

Ask Our Experts About Penetration Testing

Ask-An-Expert (AAE) provides the ability to submit unlimited requests to the IANS Faculty. Our clients frequently begin by requesting AAEs to cover a variety of penetration testing questions relating to strategy, policy & process, controls, implementation, and operational optimization. Our deep-domain security experts share industry best practices, provide recommendations based off of real-world experience, and help to strengthen the overall strategy of your program.

Here is what our clients are asking:

What best practices or industry standards do IANS Faculty recommend around conducting manual penetration testing in production environments vs. dev/test environments?
In terms of the technical aspects of penetration testing, what are the critical steps that IANS Faculty believe the team should focus on when conducting penetration tests against the networks, apps, data and other digital components?
How have other IANS companies built out internal penetration testing programs and corresponding frameworks?
Exclusive of phishing simulation and physical security testing methods, what does IANS recommend in terms of what to test for, best practices, procedures and strategies in conducting penetration testing for both on-premise enterprise environments, and the organization’s virtual private cloud?
What would be the IANS Faculty’s first steps in standing up an internal Red Team, working with vendors for training, and scoping Red Team engagements?
Based on experience, what are the IANS Faculty recommendations for Breach Attack Simulation tools for testing defined TTP ‘use cases’ in a repeatable and automated fashion?
Success! Thanks for filling out our form!

Looking for a Detailed Ask-An-Expert Example?

Fill out the form below to access a full Ask-An-Expert Writeup.

Decide Where to Do Manual Penetration-Testing: Production or Dev/Test

Is it better to do manual penetration-testing against the production environment, or limit the scope to development/test? In this Ask-an-Expert written response, IANS Faculty Jake Williams says there is no easy answer but details some key issues to factor into the decision.

Thank you! See below for your sample.

Decide Where to Do Manual Penetration-Testing: Production or Dev/Test

Is it better to do manual penetration-testing against the production environment, or limit the scope to development/test? In this Ask-an-Expert written response, IANS Faculty Jake Williams says there is no easy answer but details some key issues to factor into the decision.

We focus solely on improving our clients’ security, risk, and compliance programs by helping them make more trusted and vetted security decisions.

We guide clients to the best resources for their goals with a Faculty of over 60 expert practitioners.

All projects are staffed by industry-recognized information security experts with deep, hands-on domain and technical experience.

Our guidance is actionable and practical. It is designed to communicate issues clearly to executives, and to reduce risk.

We work with organizations of all sizes and adjust projects to be appropriate to the business goals and technical maturity of each organization.


Want to know more? Let us know how we can help you.